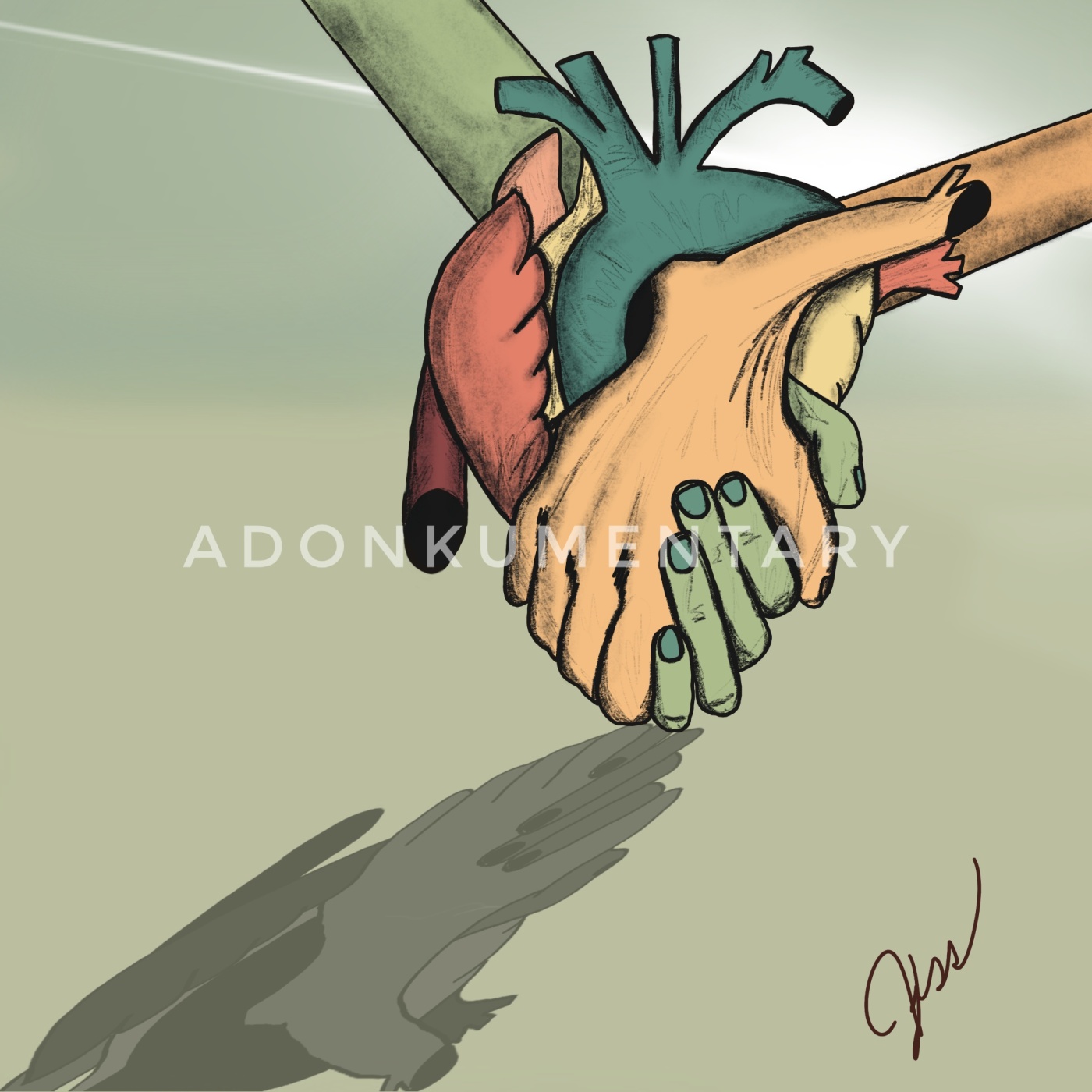 I broke my left wrist two years in a row from two different accidents in the 3rd and then the 4th grade. Being only 8 and then 9 at the time, I guess the breaks hindered my wrist development because to this day, both the mobility and strength in that left joint are limited. That arm is the slightest bit shorter, too. I remember the pain and the subsequent casts I had to wear. For the first break, I told the doctor I wanted a black cast when presented my color options, but he told me I should get pink because little girls like pink and that way, my friends could sign it.

He didn’t know that I didn’t like pink, that I’d get made fun of for pink, and that I didn’t have any friends and of course I didn’t tell him that. So I got the bright pink cast.

Rarely do I notice the hindered wrist these days, but sometimes when the weather takes a drastic turn or my body throws itself into a flare-up, that joint reminds me that all those years ago, she had some potential ripped away from her. She never grew how she should’ve or I guess, could’ve.

Certain emotional/mental traumas feel the same way through the passage of time. Something happens that breaks a crucial and growing part of you. It gets wrapped and covered up (perhaps in a way you never asked for) and if you’re lucky enough and supported enough, maybe a time comes where you don’t feel it every day. But then years later, the temperature drops, you’re wearing a similar outfit and hear similar words and you recognize that limited part of you. Your whole autonomic system goes into fight or flight but because you are who you are, you fall into that lesser known third option: freeze. Fight, flight, or freeze. We should stop forgetting that freeze is an equal part of that reaction.

But see there are many traumas that go untreated and even unacknowledged. You certainly don’t have people sign the blankets you’ve wrapped yourself in when you’re trying to grasp reality while coddling that part of you that’s been broken. There is no cast for the shattered remains of your dignity. The owness is on you to pick them up, one by one, and puzzle them back together. And it sucks. It sucks when you realize there’s no one who will sign your cast and it’s glaring neon pink, reminding you day in and day out how bad it hurts.

But there should be casts for emotional trauma just as we have for broken bones. There should be available, accessible, and unstigmatized support: doctors orders to go easy on that part of you for three months and then another evaluation to see how you’re healing. Mental/emotional therapy, just like physical therapy prescribed without an unaffordable bill. I think this is forgotten and ignored: that when someone breaks your insides, it hurts just as bad if not worse than broken bones and yet, there is no normalized treatment option.

So again, the owness is on the victim to navigate the healing process with whatever strength and finances they have available.

I think about this a lot, especially as we approach the holidays. For so many people, the holidays are not happy times and they’re trying to push through the days without a cast to support their broken bones and the excruciating pain of what happened being stuffed down their throats. And this, to me, is an opportunity to reach out and strengthen our human-ness: to not ignore the people out there who are hurting, balled up in a blanket, or having what was ripped away from them paraded out in front of them.

Ask if you can leave a note on their cast. If you can help carry their lunch tray or open their carton of milk. Maybe sit with them on the side of the playground so they don’t have to watch the other kids play with two arms while they have to sit out and read a book alone.

I’m so afraid that we’re losing our humanity in our echo-chambers and that we’re forgetting about the people who have been hurt the most. If these stupid upcoming holidays are about anything, it should be about extending a hand to the suffering. Physical, mental, emotional, financial: it doesn’t matter, it’s all real suffering.

If you–you reader–need or just want a note on your proverbial cast, let me know. I’ll leave you one.

For our collective humanity, I love you,
Jess