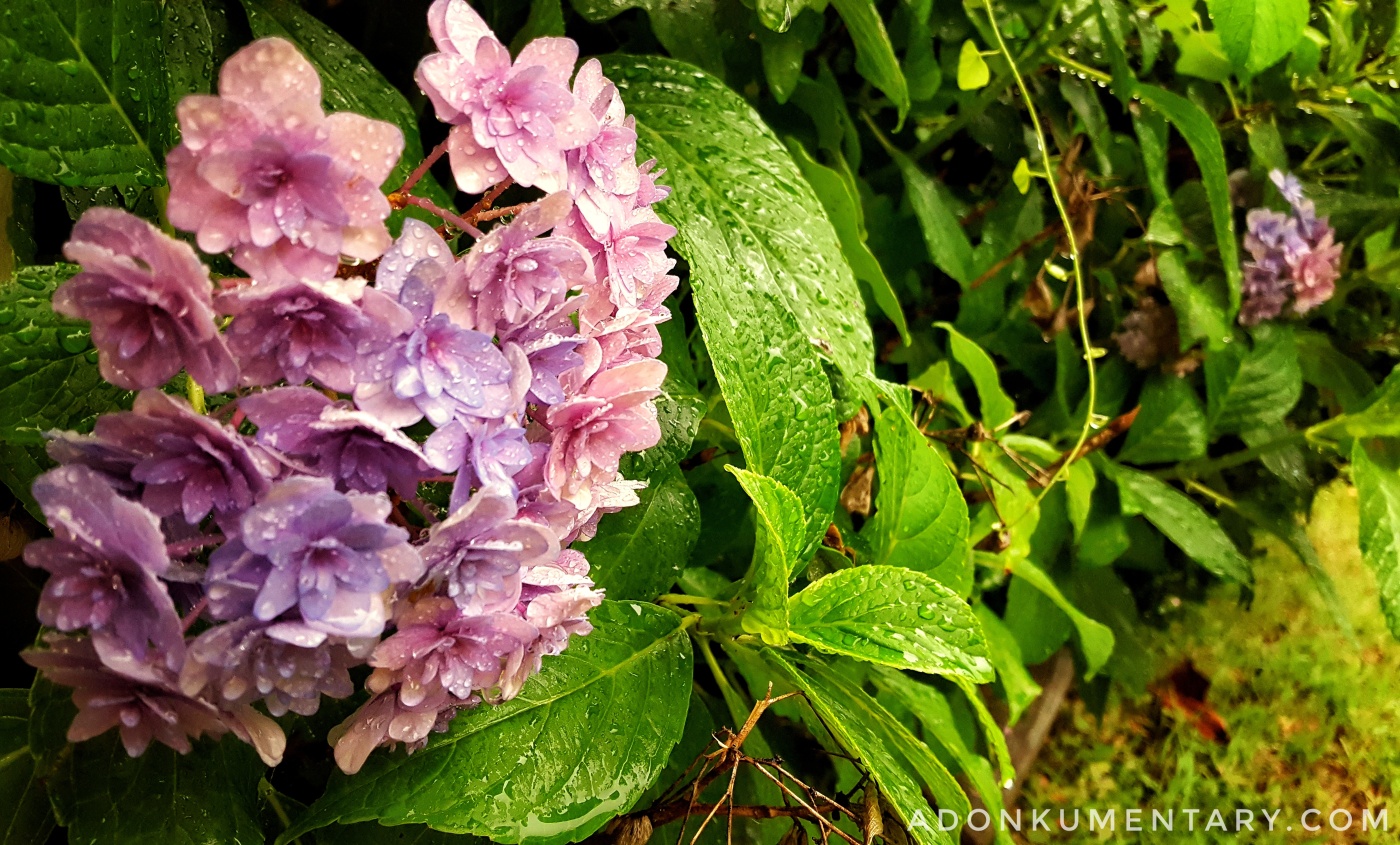 It’s pouring for the third day in a row and I’ve had to venture out into it vehicularly to attend a doctor’s appointment in a city south of here. I’m a confident, careful, and (probably overly) defensive driver, so freeways in a storm don’t typically make me nervous but a few miles ago, I hit some high water and hydroplaned. I happened to have the few lanes to myself as I tilted and slid before regaining control and I feel awful lucky for my coincidental isolation.

I had hoped that the rain would’ve stopped while in the appointment, but it has only increased since being inside so after pulling the hood from my jacket over my head, I darted for my car and now quite damp, am in the driver’s seat with wet paperwork in my lap. Arterial streams crisscross down the windshield while out on the road, vehicles fly by. They all seem unshaken by the tempest that surrounds us. No hazard lights. No slowed paces. Just driving like life is happening as it always has. I think about hydroplaning earlier and shudder. Had any other vehicle or person been in my vicinity, the probability of tragedy would’ve been great, I’m sure of it. The weight of that “what-if” is enough to make me want to stay put in this parking lot for a while.

I take a conscious breath and slump down with its exhale. A worn pillow. A vased flower run out of water. A saturated ground unable to absorb the rain anymore. A flash flood.

It’s an awful pity sitting with this girl in the car, wet from the rain, smudged mascara around her eyes, while she watches everyone pass her by. Despite the storm, everyone else out there seems able to travel their journeys with ease while I stay put in a flooding parking lot, scared and scarred from my stream of continual near-miss tragedies.

I feel silly for letting her slouch like this, though. For letting her mope and succumb to the profound feeling of deflation she pretends isn’t there but also, I guess sometimes doesn’t pretend. She does manage to pick up crumbs of strength along the way, hoarding them like a hungry mouse, saving them for what she believes matters most in her limited capacity right now. Things like being present for her loved ones. Doing well at her job. Creating when she can.

A lump of a person, I scan the report I’m holding in my lap. I’ve come to understand lab-language pretty well over the years and I wish there was something more I could do with that knowledge. I should start spending as much time studying Latin as I do medical reports. Ex post facto. But I know I won’t. Just like I know I won’t finish a multitude of other projects and creative endeavors I’ve started in the past few years because to have chronic illness and/or rare disease is to have a full-time job that you, the patient, pays for with time, money, and energy that you don’t have. So when you say to yourself that you’ll read more or carve out time to write or create, that’s wholly dependent on what kind of a schedule your illness will allow for and what kind of codes and percentages fall in your lap after every test, procedure, and appointment.

But to live in this age, especially as a woman, is to have your success equated with your busyness. How hard are you girl-bossing? And how guilty do you feel if you take an iota of time for yourself? Because if you’re anything like this moping, saturated, baggy-eyed woman in the car right now, you feel like a failure when you have to say no. Or have to stop. Or have to say, not today. Or have to draw a boundary so that anyone who is detrimental to your healing is not given power to drag you down, even if they’re doing it out of sheer ignorance. You’re not responsible to educate the masses on why you don’t feel well. You’re responsible for yourself. To take good care of those who actively depend on you. To do your best. And to not knowingly be a jerk to others.

It’s like that old philosophical thought experiment of observation vs perception. If a tree falls in the woods and no one is there to hear it, does it make a sound? Likewise, if I hydroplane on the road and no one else was around to witness and/or experience it, does it make sense for me to be shaken? If I feel sick but no one else sees it, does that mean I’m not sick? The analogy isn’t perfect, I know, because it involves me, a being with expressed consciousness…but the way chronic illness/rare disease is so often perceived by others would leave me feeling a lot more silent like the tree. Because to some, it’s “just my anxiety.” It’s “too much stress.” And even though I’ve got decoded labs in my lap to prove otherwise, I still find myself debating it and defending it far too often. And we shouldn’t have to do that. None of us should be made to feel bad for things beyond our control.

It’s still pouring and when I look at the forecast on my phone’s weather app, it appears I’ll be stuck here for a while. I think about braving it and just driving home but I keep imagining the absolute loss of control during the hydroplane and think that it would be better for me to sit here for another three hours if it meant making it home safe. Overly cautious? Yes. But okay? Absolutely.
_______

P.S.: If you or someone you know has, is suspected to have, or is trying to understand rare disease, I found a really wonderful advocacy organization that you should check out: NORD, a 501(c)(3) organization, is a patient advocacy organization dedicated to individuals with rare diseases and the organizations that serve them.  NORD is committed to the identification, treatment, and cure of rare disorders through programs of education, advocacy, research, and patient services.