Last week, I hosted an event to raise money for the charity in which I volunteer to help save donkeys. I considered the potential to serve a greater good by combining two of my very favorite things: yoga and donkey rescue. The result was an overwhelming success where not only was money raised to help save donkeys, but so was awareness of the issues facing donkeys and why it’s important that we give them a voice. I led a short and somewhat unconventional yoga class beneath a clear sky as the stars and my donkeys watched curiously. 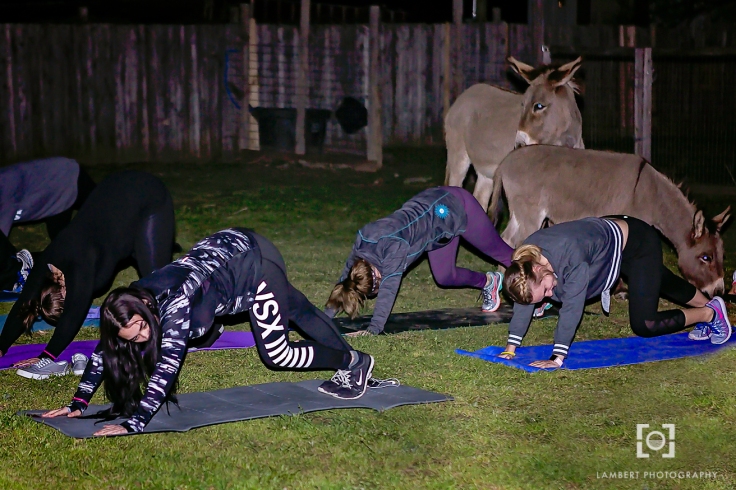 Of course, the donkeys didn’t stay idle for very long before deciding to join the yoga class.

Yoga and Donkeys: It was a marriage of two worlds I’d not previously imagined but somehow, it all came together—and I guess I shouldn’t be surprised. After all, one of the common themes in this entire blog that’s been going on for nearly two years is how much the relationship I’ve built with my donkeys has helped me manage my anxiety. Yoga is also an essential tool in my anxiety management box and so I suppose the connection was merely a matter of time.

That’s not to say I haven’t done a bit of my own yoga practice from time to time out in the pasture with my donkeys around, but I guess I was particularly touched with just how many people were eager to participate in the event. Most of the participants had never spent any time with donkeys but suffice to say that everyone left that night with a little hoof-print on their heart. 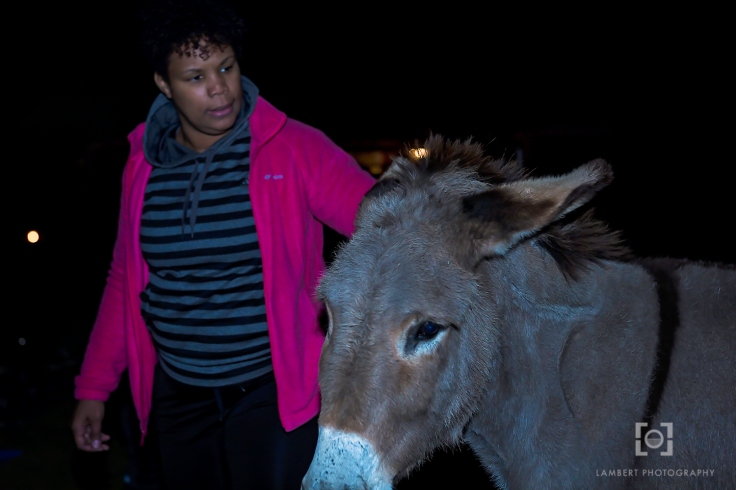 It was a strange yet magical night—increasingly chilly as the night aged, but as we mingled with each other and with the donkeys, self-perpetuated warmth grew just as quickly. It was a gathering of huge hearts that thudded within the chests of admirable and generous folks and I’ve spent the days following this event baffled over how I managed to become so lucky in life that I was given the opportunity to do something like this: teach yoga to save donkeys all in the company of the very best people. I well up just typing that. 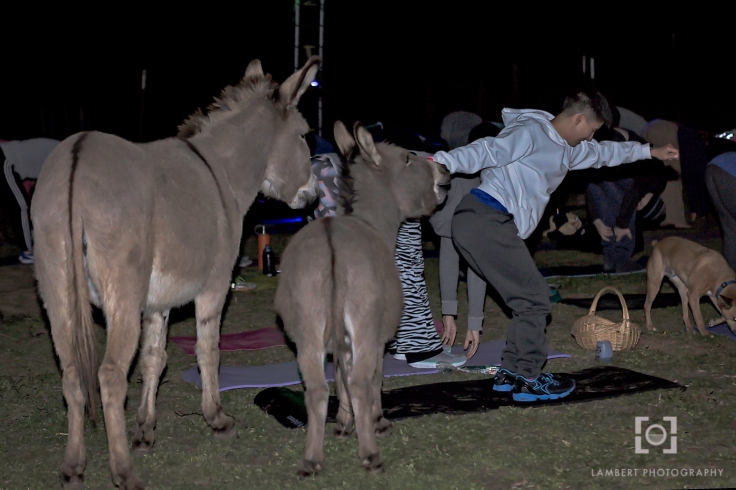 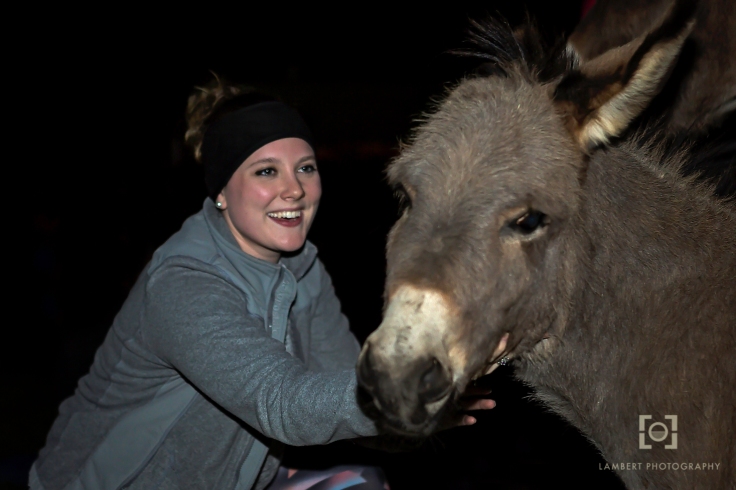 I realized that night that I never tire of talking donkeys. I could go on for an eternity looking for the words that would chart the depth of their existence but honestly it goes so deep I reckon I’ll never see the bottom. Even better was that the people who spent that evening with me under the stars wanted to know everything about donkeys and wanted to touch them and look into their eyes the same way I do—the same way I wish we all could because your life is never really the same after you’ve seen the soul of a donkey. And if you’re not sure what I’m talking about, then go look again—their worlds are infinite and peek out in little sparks around their eyes when you look just right.

Thank you so much, from the bottom of my bleeding heart, to all of you who have donated your time and your money to help save donkeys. They are beings worth fighting for because the obstacles they face are dire. Donkeys are being slaughtered by the millions across the globe for their hides (you can read more about that issue here: Under the Skin – Donkeys at Risk) and before it’s too late, we must speak out.

If you’d like to donate to the cause, please feel free to visit this page for more information.

And finally, special shoutout to Lambert Photography for snapping pics in such a unique environment 🙂

The light in me honors and loves the light in all of you—that same light that we all share that peers down from the sky at night, that winks from the eyes of animals, that seeps from your skin and tingles when it feels seen. It’s the light that’s fueled by adventure and risk-taking but also shines just as brightly when there are no words but simply still contemplation of the stars above. That light in me salutes that light in you. NamasBRAY.

5 thoughts on “Yoga for Donkeys”