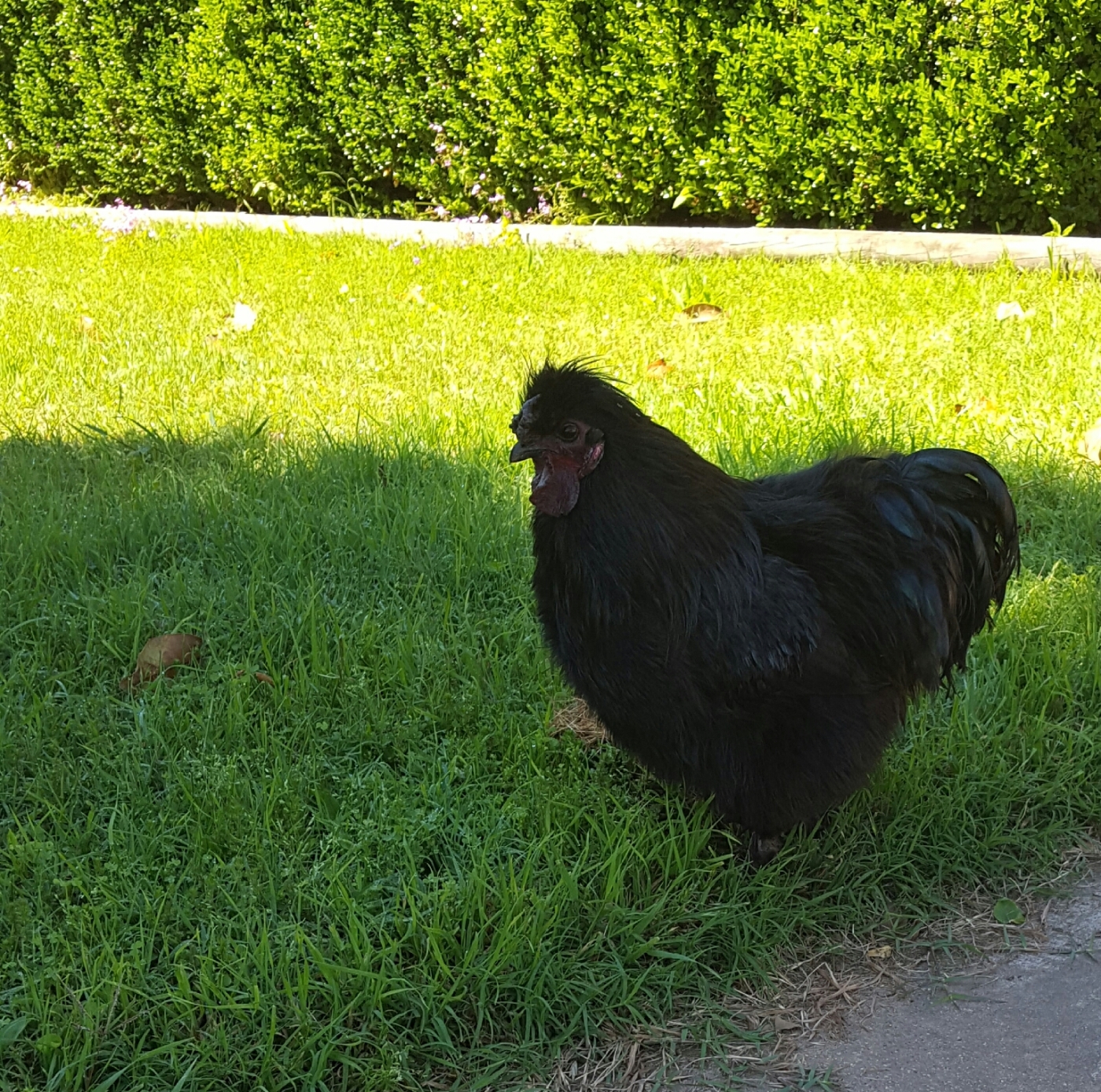 The back house is a dilapidated structure that we were told was the original house on the property. One side of it appears to have been a chicken coop at some point with netted fencing and wooden boxes, although, now it was a tangle of vines, weeds, and spider webs. The main part of the house — one small room with a concrete floor and rotting, wooden walls — had become a storage space for scrap wood, miscellaneous ranch tools, and old Christmas decorations that must have belonged to the little, scratchy woman from whom we purchased the property. On the other side of the house was a garage that was, in comparison to the rest of the house, in pretty good shape. The door had clearly been replaced and within it were extra water troughs and wood pallets. Still a lot of spider webs, though.

We stood behind the house where colorful weeds lined the base of the structure — thick, tangled weeds with flicking bugs and spiked leaves — because our last, little Rockstar rooster had finally been found.

He had been missing for three days. Of all the chickens and roosters at the ranch, the last Rockstar was the most social. He was a bouncy bird with a blueish, green tail that looked like slick oil on concrete. The rest of his body was jet black. He had made our back patio his home — specifically, he would sleep atop the firewood pile all on his own — and every morning between 4 and 5, he’d let us know if was time to wake up. 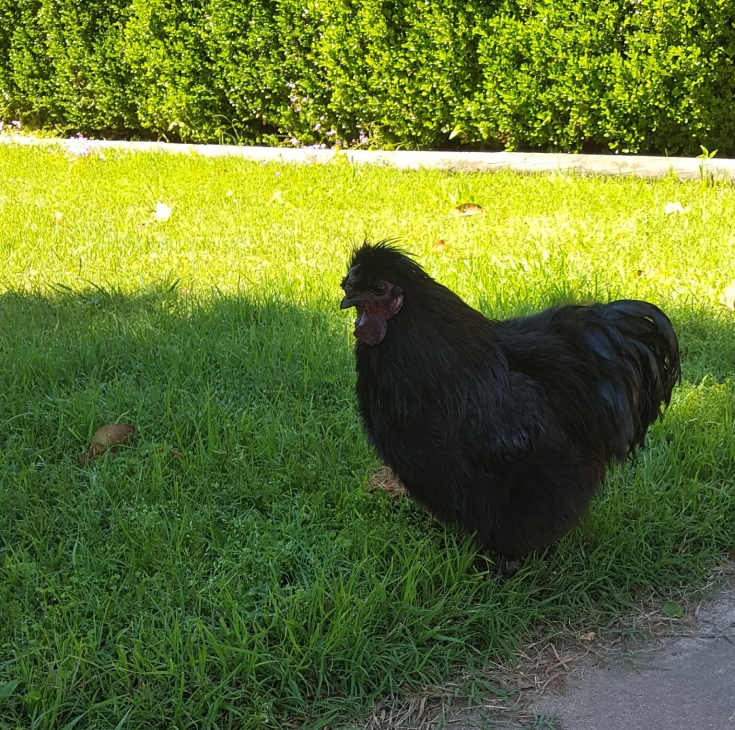 King Ranch placed his hand on my lower back and said, “I’m sorry.”

Tears stung the corners of my eyes. In front of us, our once shiny, hip-hoppity Rockstar was now a graying pile of loose, lifeless feathers. His head was buried in a hole near the base of the back house and his body hung limply down into the jagged weeds. He had gotten himself stuck.

I leaned into King Ranch and cried.

I wondered how many birds at this point had died at our ranch and recalled them all:

There was Black chicken who had gotten out of the yard and was hit by a car early last summer when the Unicorn visited. There was another Rockstar rooster who’d been attacked by something while we were out of town whom we found dead in the corner of the coop. There was the Rockstar who was stomped out by the donkeys late last summer when Nikki came to visit. There were the three chicks who tried to hatch who didn’t make it and then the most recent tragic death of Prince, our other chick, who drowned in his water dish after being alive for only one week.

Now, the last of the Rockstars dangled out of the back house after what I knew was a struggle until his end.

Behind us, Bunny snorted. She nosed her way in between King Ranch and I and King Ranch let out a sound that, I think, was somewhere between a laugh and a frustrated exhale, although I couldn’t tell which.

He said, “Well excuse me,” to Bunny. She raised and lowered her head a few times and pushed against me harder.

I laughed behind my tears and squatted down in front of her.

King Ranch scooped up Little Foot who was nearby flailing a stick and walked back towards our house. As he did this, a low rumble of thunder rolled by in the distance.

I’d have to pull the Rockstar out of there and give him a proper burial. I wasn’t sure how best to go about this because I wanted to preserve his body as best I could and I didn’t know how strongly wedged his body was in there. I imagined, pretty tightly to have been his end.

But he wasn’t stupid. No. He was probably chasing a delicious bug that outsmarted him by scrambling into a hole in the house just large enough for the Rockstar’s head.

Damn you, bug. Freaking bug. It was that bug’s fault.

I wanted to hunt that bug. It was probably a big, fat cockroach with long, spiked, antennae because roaches never bring anything but terror and trickery. Why is it that when you turn on a light in the garage and spot one, they scramble right towards your feet? Bastards. In Texas, cockroaches even fly. Yes. They FLY. In FLOCKS. You’re a dead man, roach.

Bunny exhaled heavily. So did I as I stood up. She pulled her top lip back and pressed her upper gum into my shoulder. I think it was a donkey kiss.

Warm drops sprinkled down from the sky as another barrel of thunder tumbled by towards the west. The red, chipping paint on the house started turning a deep, brownish tint in the growing wetness.

Rest in peace, sweet Rockstar. I hope you’ve found your friends in the afterlife and that you’re alerting everyone to the sunrises. You really did do a good job with that.

6 thoughts on “The Last Little Rockstar”